Abstract: The present study was conducted during the period of January 2008 to December 2009, for the isolation of bacterial agents and in vitro antibiogram of the isolates from liver and spleen of poultry brought at VTH, Rampur and private veterinary clinic. Samples from visceral organs were aseptically collected and cultured in various selective and differential media. The isolated organism were identified and subjected to commonly used antibiotics for determination of antibiogram. Among the total samples, 334/434 (77.0%) showed bacterial growth where E. coli (46.7%), Salmonella (28.1%), Streptococci (9.0%), Klebsiella (4.2%), Proteus (1.8%), Pseudomonas (1.8%), Bacillus (3.0%), Clostridium (1.8%) and mixed infection (3.6%). Effectivity of antibiotics were Norfloxacin (85.7%), Gentamicin (78.1%), Chloramphenicol (71.0%), Cotrimoxazole (63.6%), Ciprofloxacin (44.2%), Enrofloxacin (38.8%), Tetracycline (37.8%), Colistin (25.0%), Erythromycin (16%) and Ampicillin were completely resistant to all isolates.

Chitwan is capital of poultry industry and is most potential district for poultry production in the country and day by day it is in increasing fashion by quality and quantity basis. Poultry industry contributes 4.0% of total GDP and 8.0% of AGDP. Chitwan alone contributes to more than 60.0% of different commodity of poultry broiler and layer chicks, feed, parent stock (Dhakal, 2004). Chitwan has different private and government poultry disease diagnosis center/clinic. Large numbers of Veterinarian are engaged for poultry disease diagnosis and prevention of disease of poultry. Among the bacterial disease E. coli, Salmonella, Mycoplasma, Streptococci, Pseudomonas and Clostridium are major pathogenic bacteria responsible for causing disease in poultry. Collibacillosis, Pullorum disease, fowl typhoid and necrotic enteritis are major problem in poultry production all over the world at various times (Saralahi, 1980) and the situation is almost same in Nepal too. Fowl typhoid created great problem in the breeder flock of Kathmandu during 1990. Heavy mortality due to fowl typhoid has been noticed in commercial layers as well as newly hatched chicks (Dhakal, 2002). In another way E. coli, Salmonella and Clostridia cause the food-borne zoonosis. Similarly, prevalence of food borne zoonotic bacteria and multi drug resistance is most important concern worldwide. Recently, the frequent isolation of antimicrobial resistant species in human and food animals has been reported. Resistance development in zoonotic and other bacteria seems to be primarily driven by the indiscriminate use of antimicrobials in food animals (Aarestrup and Wegener, 1999). Therefore, food of animal origin may represent a vehicle of transmission of single and multi drug resistant bacteria to human. The disease were diagnose at the hospital, private clinic and poultry farm on the basis of clinical examination and post mortem examination by the veterinarians with minimum laboratory confirmation.

The present study was, therefore, conducted in the area of Chitwan district and surrounding areas from January 2008 to December 2009 to know about the prevalence and AST of common isolates of bacteria from chickens. Attempt was also made to identify the causative bacteria of the disease and determine the susceptibility to the commonly used antibiotics so as to launch control measures against different bacterial disease.

A total of 434 Samples from different visceral organs were taken from chickens during PM from VTH and private clinic in Chitwan during the period of January 2008 to December 2009. All the samples were transported to the Veterinary Microbiology Laboratory of the IAAS, Rampur and microbiological analysis was carried out immediately.

Liver and spleen samples were streaked on Nutrient agar and MacConkey’s agar and incubated at 37oC for 24 hrs and morphology of bacterial colonies were studied of bacteria e.g. E. coli, Salmonella, Streptococci, Klebsiella, Proteus, Pseudomonas, Bacillus, Clostridium characteristics. Grams staining, KOH test, Catalase, Oxidase, H2S, Oxidation-fermentation test, motility test were performed. Presumptive colonies were subcultured and secondary biochemical test like MIO, TSI agar, Simon’s citrate, MR-VP test are used for confirmation of different species. Presumptive colonies were maintained for further tests and antibiotic sensitivity test. Presumptive colonies subculture onto different selective media like EMB for E. coli, XLD and BGA for Salmonella and plates were incubated at 37oC for 24 hrs and colonies identified as described in Clinical veterinary microbiology by standards microbiological methods (Quinn et al., 1994). Furthermore the Salmonella suspected colonies from the BGA and XLD is emulsified with small amount of physiological saline to form a milky suspension, and one drop of polyvalent O antisera is mixed with it on a plate. The agglutination reaction is read within 60 sec. Positive agglutination reaction is confirmatory of Salmonella spp.

In vitro anitbiogram of isolates

In vitro antimicrobial sensitivity pattern were done by using disc diffusion method performed according to CLSI. Platinum loop was used to pick suspected bacterialcolonies from media plates and inoculated in 5 ml BHI broth. The BHI broth tubes were incubated with caps loosened for 6 hrs at 370C in incubator. Culture suspension on BHI broth (100 µl) after 6 hrs was charged and dispersed over the surface of a Muller Hinton Agar. Using sterile tweezers, antimicrobial discs were placed widely spaced aseptically on the surface MHA plate. Tweezers were reflamed after each disc. Plates were incubated at 37.00C for 24 hrs.

The type and concentrations of antimicrobial in the discs were as available and examined for zones of inhibition. The diameter of these zones of inhibition was recorded to the nearest millimeters and classified as sensitive, intermediate and resistant based on the criteria as performance standards for antimicrobial disc sensitivity tests as CLSI forNorfloxacin, Gentamicin, Chloramphenicol, Cotrimoxazole, Ciprofloxacin, Enrofloxacin, Tetracycline, Colistin, Erythromycin and Ampicillin.

A total number of 334 isolates of 10 species were isolated from the 438 bird samples brought for disease diagnosis. Different bacterial species associated with bird in the present study have been confirmed in earlier studies (Dhakal, 2002;2004, Pandey, 2003). The highest incidence of E. coli (45.7%) recorded in the present study is higher than Bhatta, (2007) who isolated 13.0% of poultry cases were found positive for E. coli. Whereas Pandey, 2003 found only 1.93% of bacterial poultry disease were colibacillosis (E. coli).

Streptococci, Klebsiella, Proteus, Pseudomonas, Bacillus and Clostridiumwere isolated following the E. coli and Salmonella spp. isolation. The presence of these bacteria was indicative of substandard condition at hatcheries and poultry farms. Since poor sanitation and lack of strict biosecurity leads to multiplication of bacteria in the environment could readily takes place.

Aarestrup, F. M., H. K. Wegener. 1999. The effects of antimicrobial usage in food animals on the development of antimicrobial resistance of importance for human in Campylobacter and E. coli. Microbes and Infection 1:639-644.

Bhatta R. 2007. Bacteriological examination of liver and spleen of poultry with special references to E. coli. An internship report.

Gautam G. and I.P. Dhakal. 2003. Prevalence of Salmonellosis in commercial flock of poultry in Chitwan. The blue cross 6:21-22. 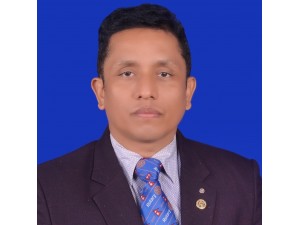 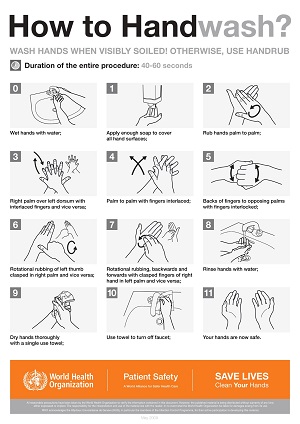 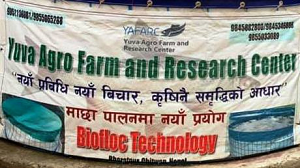