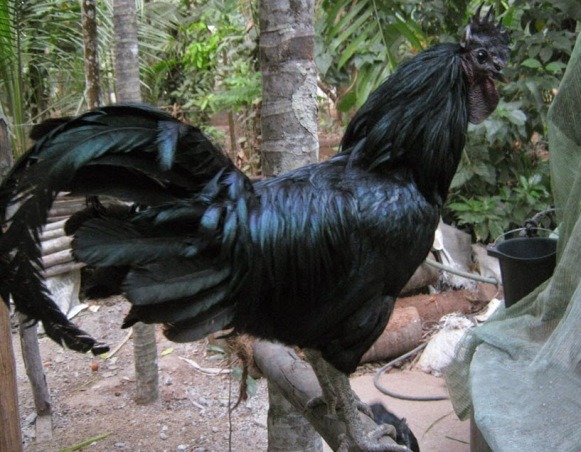 There is a tremendous development in the poultry industry in last few decades, but little attention has been paid for indigenous chicken, due to its poor producing ability. Total poultry population of India was estimated to be 1000 million, out of which about 15 to 20% were indigenous or native breeds. There are about 20 indigenous breeds/varieties of chicken found in India. Backyard poultry farming is a part and parcel of typical rural/tribal household, touching social, cultural and economic aspects in India.

The Kadaknath is important native chicken breed in India. Kadaknath breed, also known as Kalamashi in Hindi, is known for its black-colored meat. It is being reared by tribal communities in its breeding tract of the Jhabua and Dhar districts in the western region of the state of Madhya Pradesh and in adjoining areas of the states of Gujarat and Rajasthan. Although the meat of this breed has an unattractive appearance, it has a delicious flavor .The meat and eggs are considered rich sources of protein and iron. The meat of the Kadaknath breed contains a high percentage (25.47%) of protein and is believed to have aphrodisiac properties. Although the Kadaknath breed has many unique characteristics, it has been neglected because of its poor production potential. Of late, there is renewed interest among consumers and farmers in native germplasm because of the unique hardiness of the breeds, their ability to thrive under adverse climatic conditions, and the desirable taste and flavor of eggs and meat.

Kadaknath is one of the rarest poultry breeds of India which is native to Jhabua district of Madhya Pradesh (MP), India. Basically, Kadaknath breed is popular for its black meat and known as BMC (black meat chicken). Kadaknath chicken breed is famous for its meat quality, texture and taste. The demand for Kadaknath chicken is growing day by day and spread across most of the Indian states due to their excellent medicinal values. Especially these birds bear great medicinal value in homeopathy and useful in treating a particular nervous disorder. Basically, Kadaknath chickens are mainly reared by tribal communities in Bhil and Bhilala in the districts Jhabua and Dhar in the state of Madhya Pradesh (MP). The commercial scale of Kadaknath chicken raising especially in the states Kerala, Andhra Pradesh, Telangana and Tamil Nadu. Kadaknath chicken meat is in black colour and eggs are in brown colour.

The new Kadaknath production technology has reduced the mortality rate from greater than 50%. Now you can expect to 10 to 12% of mortality, this enhanced the survival percentage and overall profits in Kadaknath chicken farming. Because of high feed conversion ratio, these birds can gain body weight of 1.10 to 1.25 kg in 100 to 125 days. Kadaknath chickens can be reared similar to country chicken or free range chicken. However, it may require little more care initially to grow in controlled environment. Later they can be left freely in open field. One can grow these birds in back yards. In fact, Kadaknath chickens are best suited for back yard farming rather growing on commercial scales.

Kadaknath is the name given to desi breed of chicken. It is native to central India i.e.- Madhya Pradesh. The word Kadaknath is made up of two words, ‘Kadak and Nath’. The word ‘Kadak’ means ‘Strong or Hard’, while the meaning of the word ‘Nath’ is ‘Lord or Natha’ in Shaivism. Kadakhnath is totally different from other desi and foriegn spp. of chicken. Origin of this important species is western Madhya Pradesh in India where research works is being conducted since many years.

Distribution
The species is native to Jhabua and Dhar district of Madhya Pradesh. They can adapt a wide range of climatic conditions. Kadaknath has been introduced to these Indian states- Chhattisgarh, Andhra Pradesh, Maharastra, Jharkhand, Odisha, Uttar Pradesh, Haryana etc.This breed of chicken can be reared easily where other breeds of desi chicken are grown commercially.

Characteristics and behavior
Female – Female starts laying eggs after 6 months. They are not a good broody hen.
Male – Males are almost double the size of female.
Feather – Feather is shiny and dark black. Some feathers reflect green colour in sunlight.
Comb – Comb is black. It is fully developed in healthy rooster.
Legs – The muscular legs are also black in colour.
Tongue – Black.
Egg – There is false fact that the eggs of kadaknath are black in colour. But the colour is creamy.

Deep litter system is very good for young chicken. The thickness of litter should be same as used for other breed of chicken. It is 4 inch to 1-2 feet.

Free range is best for adults. Male and female perform best in free range system. In this system 1 rooster should be reared along with 10 females. More number of male cock is the reason of brawl among them. The main benefit of this system is low maintenance and management. It requires low investment. Naturally available food cuts extra expense in feeding. Minimum 1 acre of land is sufficient for free range system.

Kadaknath can eat all types of poultry feed.

Developed chicken starts laying eggs after 6 months. One hen lays 12-15 eggs in a clutch. They can lay egg anywhere, so nest should be make to prevent it.

Natural brooding
Female of this breed is not very good in brooding. One hen out of ten tends to brood. Remaining eggs should be kept in the nest of other broody hen.

Growth and Development
Kadaknath is a slow growing breed of chicken. A mature rooster can weigh up to 2 kg. Proper diet helps in fast growing. Young chicken should be fed with standard poultry feed in deep litter system.

1. Ranikhet/New Castle Disease
Cause – Virus.
Mode of infection – It is a highly contagious disease. Air, contaminated foods are the source of infection.
Mortality – Both, chicken and adults are affected by the virus. It can empty a farm from chicken. The mortality rate is 50-100 %.
Prevention – Sanitation and scheduled vaccination.

2. Coryza
Cause – Bacteria. Haemophiluspara gallinarum.
Mode of infection – It is infectious disease. Contaminated water and food is major source of infection.
Mortality – Deadliest disease in kadaknath.
Prevention – Clean water and food. Shed should be disinfected.

Kadaknath has special medicinal value in homeopathy and a particular nervous disorder. The tribal uses kadaknath blood in the treatment of chronic disease in human beings and its meat as aphrodisiac (believed to infuse vigor in Make) .Experts says that Viagra or Sildenafil Citrate is basically a vasodilator designed for increasing blood flow to the heart and the melanin pigmant in kadaknath does the same. Kadaknath chicken has a peculiar effectiveness in treating women’s discuss, sterility, Menoxenic (abnormal menstruation), habitual abortion.

• Day-old chicks are bluish to black with irregular dark stripes over the back.
• Adult plumage varies from silver and gold-spangled to bluish-black without any spangling.
• The skin, beak, shanks, toes and soles of feet are slate like in colour. The comb, wattles and tongue are purple. Most of the internal organs show intense black coloration; which is pronounced in trachea, thoracic and abdominal air-sacs, gonads and at the base of the heart and mesentery.
• The blood is somewhat darker than normal. This is the result of melanin deposition.

The original name of the breed is Kalamasi, meaning a fowl with black flesh, which, though not very appealing to the eye, is very tasty. The bird is resistant to diseases in its natural habitat in free range conditions but is more susceptible to Marek’s disease under intensive rearing conditions. Kadaknath chicken is said to contain many kinds of amino acids and vitamins and are a powerful source of protein.

There are 3 different breeds of Black Meat Chicken (BMC) is available in the world.
• Kadaknath – Native to Madhya Pradesh, India.
• Silkie – Native to China.
• Ayyam Cemani – Native to Indonesia.

Cost of Kadaknath Chicken and Eggs

Because of the fact that these birds have superb medicinal values, the mature live Kadaknath Chicken are sold up to about IRs. 800 to 1,000 per kg. As we said above, these bird eggs also nutritious, they are sold up to IRs. 40 to 50 per egg in the market.

The following chart compares the Kadaknath nutritional values with other chicken breeds.

Some Facts about Kadaknath Chicken Breed

Inadequate availability of Kadaknath breed chicks and lack of proper financial support from government are posing major hurdle. For better development of this breed, local governments should provide subsidies and loans to small scale farmers.

• Get good breeds of Kadaknath birds from standard government and private poultry farms.
• Make sure you bring day old chicks with proper vaccinations.
• Start with 30 to 50 birds and keep increasing the bird count as you gain the experience.
• Find out with poultry department of Agriculture University and veterinary universities for chicks and feed information.
• Some state government are providing incentives on these birds breeding, avail those benefits.
• For couple of weeks birds require proper care and provide necessary shelter /light /water/feed.
• Don’t start on large scale without knowing the poultry line of business.
• If you are starting a commercial Kadaknath chicken farming, make sure you establish a proper marketing channel.
• Follow the scheduled vaccination chart to avoid any bacterial and viral diseases.

Farmers, landless labor and poor widows can grow kadaknath birds in back yards. Kadaknath chickens are best suited for back yard farming rather growing on commercial scales. The meat quality and disease resistance nature of kadaknath chicken can create great revolution poultry industries. 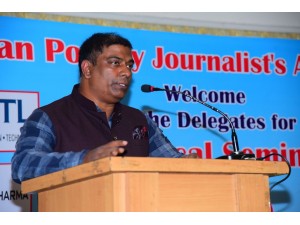